First historic mark, AUGUST 27TH, 1837 marks the departure of the first train from “l’Embarcadère”, from Saint-Lazare train station to Saint-Germain. The district Saint-Lazare was then the Suburb, almost the countryside … With the success of the railroad, the station went from its embryonic state of 1845 on the Bridge of Europe, to its phase of construction, from1869 to 1889, in its current place.

The district was built completely from 1865, and in 1895, it already appeared almost under its contemporary aspect. 1862-1867, construction of the Church Saint-Augustin by BALTARD.

The district, then in full expansion, develops itself very fast. Business is done there, and fortunes are built. The House MOLLARD had at once a considerable success. Thirty years after his arrival, Mister MOLLARD had earned enough money to begin considerable works and realize in a modern style the most beautiful establishment of Paris.

In 1895, the House MOLLARD created the event by becoming the most smart restaurant, and the meeting point of the most sharp big luxury, in the most modern district from all Paris. GIL BLAZ announced the opening of MOLLARD in 1895. 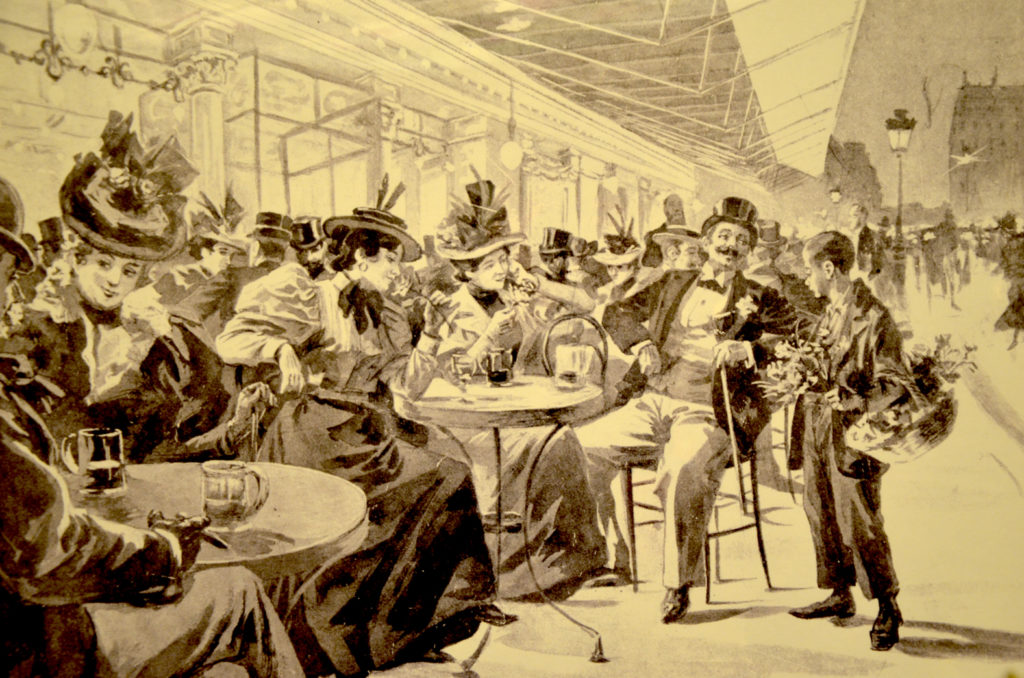 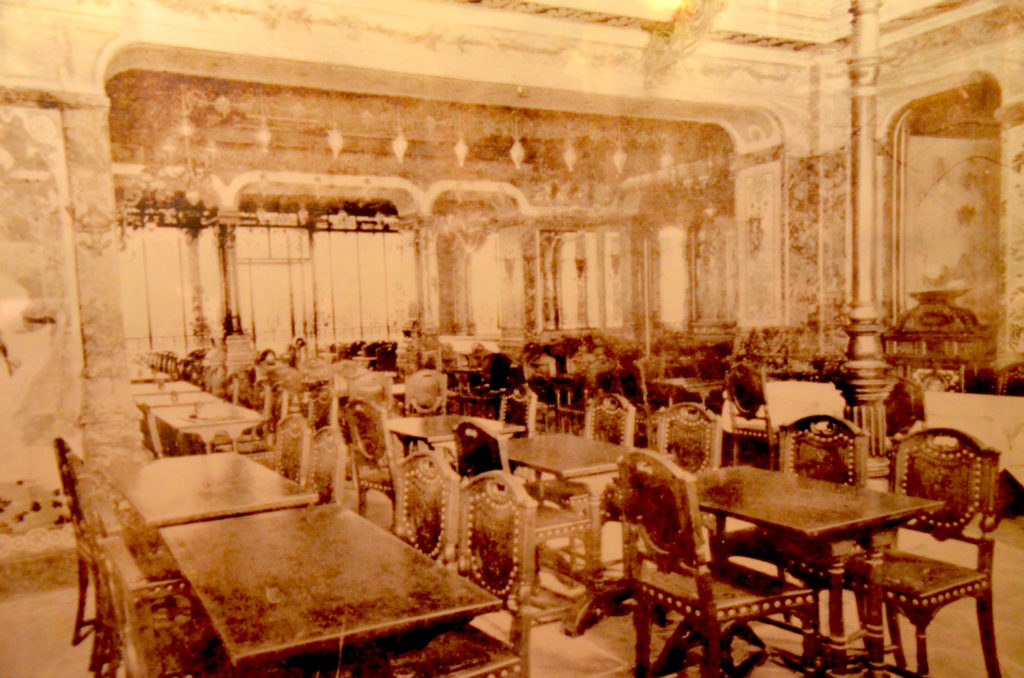 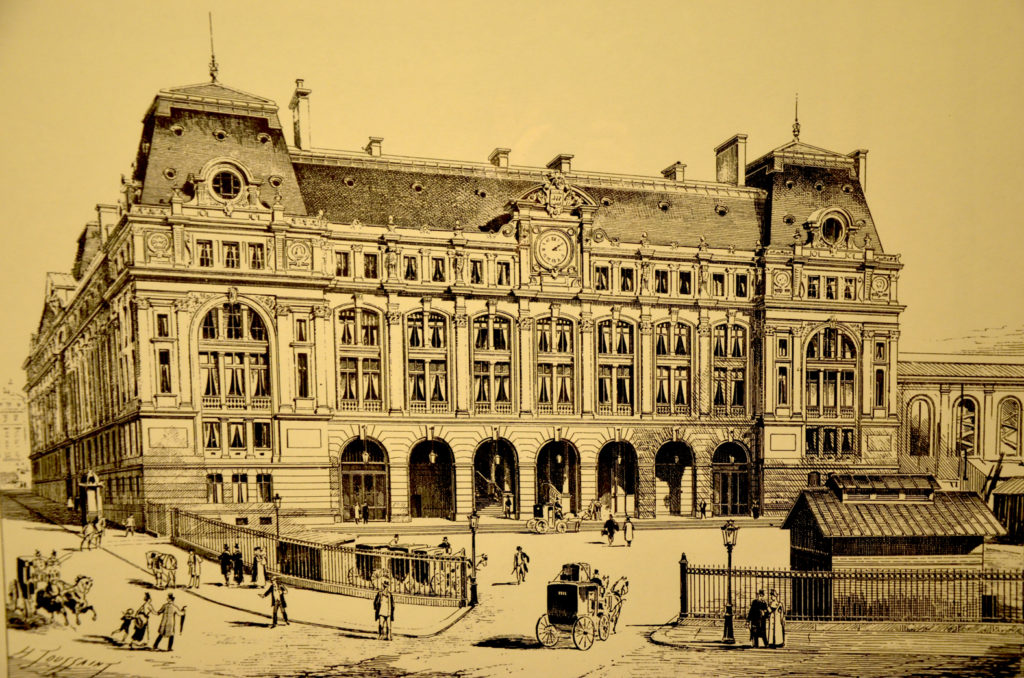 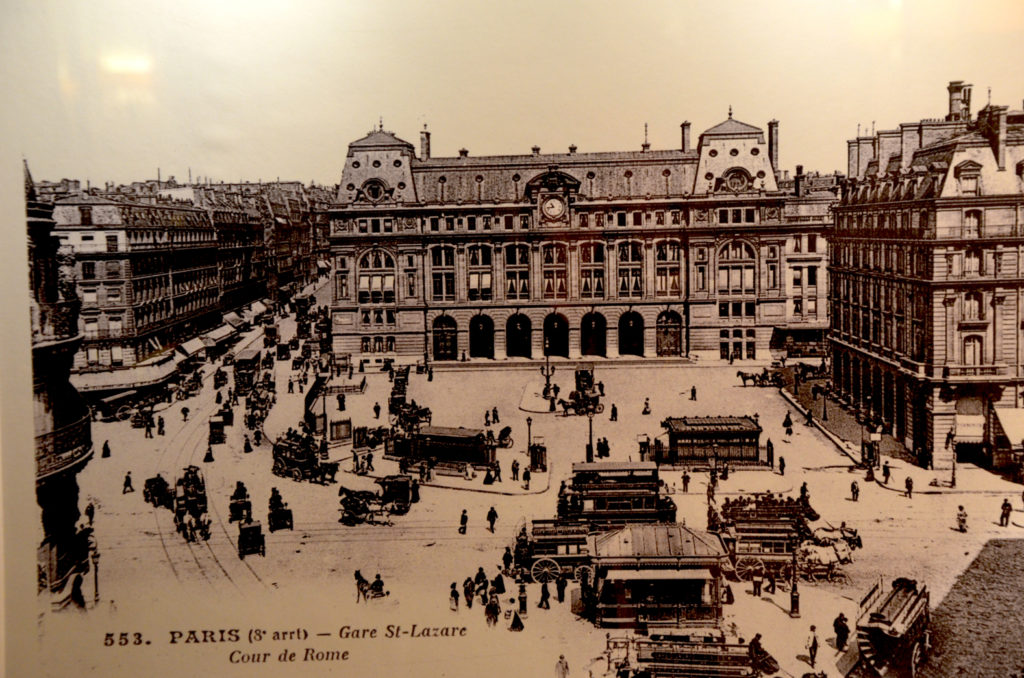 Then the 14-18 war started. The House MOLLARD saws it’s customers leaving. From 1918-1919, the business fell asleep little by little … In 1928, MOLLARD was acquired by the family GAUTHIER, and from 1930 till 1934, the Establishment crossed the crisis as all the businesses of this period, it was the development of the “Front Populaire” and the walking towards the war. The war 39-40 changed hardly the activity, but on the other hand, under the Occupation, the establishment allowed many local residents to survive in the shortage; every day the queue lengthened in front of the door.

In 1945, the business life began again, and the post-war clientele of MOLLARD consisted essentially of “Rouennais” and “Havrai”s who, taking back their Parisian business, because of the shortage of offices, held their meetings at MOLLARD. Two days a week, they received the suppliers in the morning and their customers in the afternoon, around aperitifs. MOLLARD became the meeting point of the big of the business, the “Office”. The consumption of aperitifs achieves up to 50 000 litters in 1949 …

In 1952-1953, the constructions of offices starting again little by little, this clientele found offices and rarefied.

In 55, MOLLARD became again a full restaurant and even attracted all Paris with its formula of the Omelette Surprise: everything was served on the table for a 10-franc sum. This idea seduced without any trouble the Parisians who still kept the bad memories of so many years of scarcity, especially since one of the only pleasures at that time was the food. The formula lasted till the end of the 60s, and assured an incredible success to the House MOLLARD. Then, little by little, this district essentially of houses and thus livened up in the evening, changed in 65-70, and was rather transformed into a business district, but also with shows in the evening.