Arrived in 1865 with horse and cart of their native Savoie, Sir and Madam MOLLARD opened a bar in front of the train station Saint-Lazare.

Thirty years after his arrival, Mister MOLLARD had gained enough money to begin the necessary works and realize the most beautiful establishment of Paris. It was the event of this year, the most smart restaurant, the most very rich clientele, in the most fashionable district.

He specially made come mosaics from Italy, and asks to the workshops of Sarreguemines to create for him unique parts having for theme the life around the train station Saint-Lazare. These unique parts evoke Deauville, Saint-Germain-en-Laye, city of Avray, the entrance and the exit of the station Saint-Lazare, a “pleasure party” of this period, without forgetting Alsace and Lorraine, inevitable in this year of 1895. 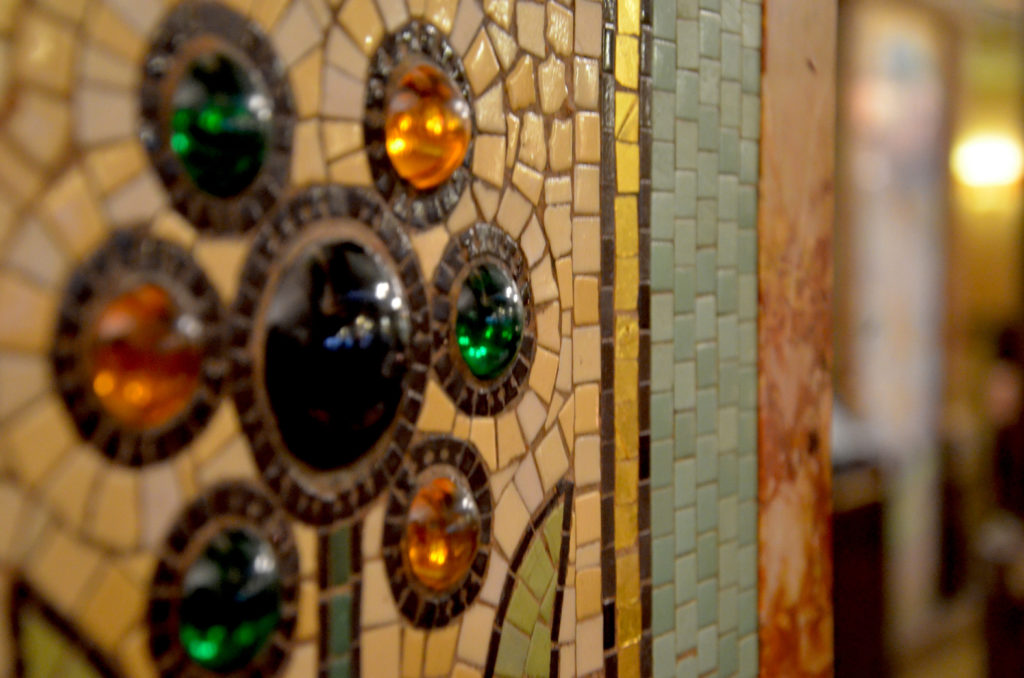 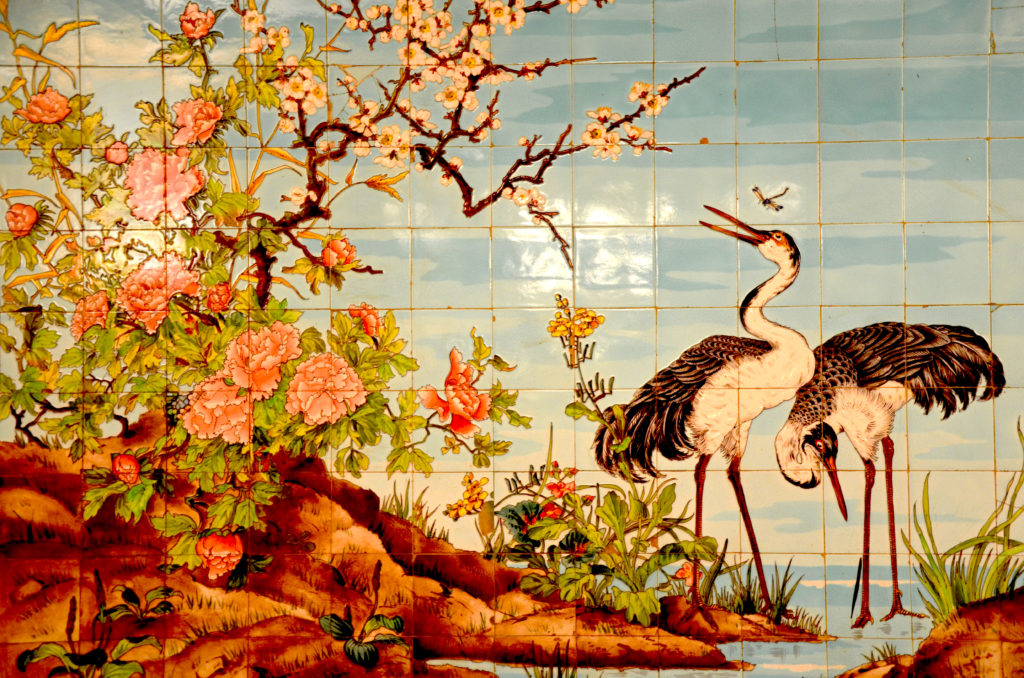 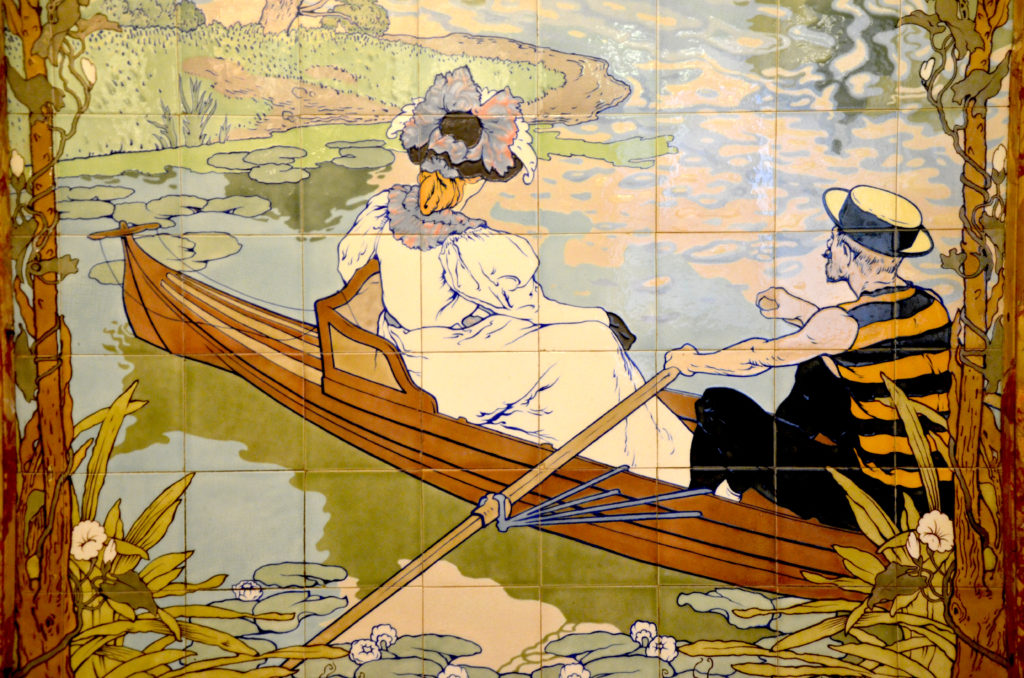 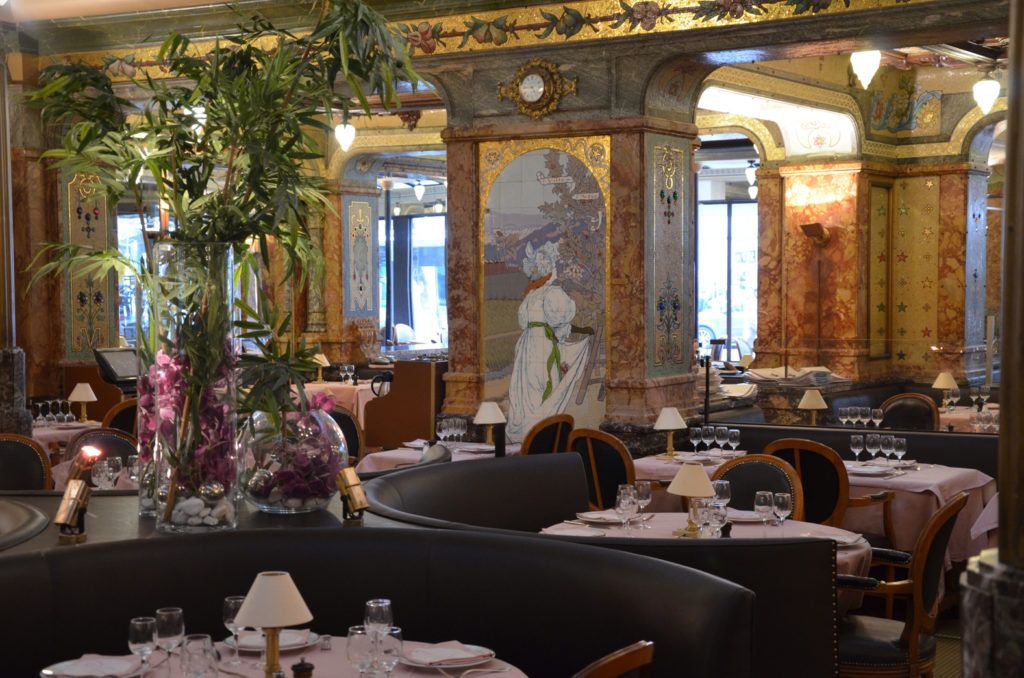 NIERMANS – architect who realized among others THE NEGRESCO and ANGELINA – had the control of the whole realization, made himself the drawings of mosaics, drew the models of chairs, tables, bright devices, coat racks, and even pieces of furniture of the cashier …

From 1965, we decided to look for the former decorations, to remove all the paints as well as the big mirrors: the main part of the decoration had been protected. All the big frescoes were restored, only one was lost. MOLLARD recovered its decoration of 1895 and its historic decoration made of blue green tones, royal blue, gilded, beige and brown marble on the big columns and around the former mosaics.

The only modern touche is the new, intimate and pretty pink lounge.

MOLLARD was officially classified in the complementary list of historic monuments in 1989.